Warning: Parameter 2 to qtranxf_postsFilter() expected to be a reference, value given in /home/amphibia/public_html/wp-includes/class-wp-hook.php on line 288
 Amphibian Ark » Kevin Johnson 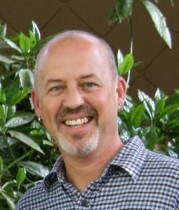 Kevin has experience working in the zoo community since the early 1980s, in a variety of roles. In 1981, he began working as a keeper in the veterinary department at Melbourne Zoo. Four years later he moved to the Native Mammal department at the zoo, and then in 1989, took on the role of computerizing the zoo’s paper animal records system.

During the four years that Kevin was the animal records officer at Melbourne Zoo, he developed some additional reports for the ARKS software, developed by Species360, and also helped with the development of the computerized animal collection planning software, REGASP. He was also Editor of the Australasian Society of Zoo Keeping’s journal, thylacinus from 1989-1994.

Kevin worked at the Zoo and Aquarium Association (Australasia) (ZAA) office in Sydney, Australia from 1993-2010, and was on full-time secondment to the Amphibian Ark since 2007. Kevin’s role in ZAA (ARAZPA) included providing training and user support for the animal records programs distributed by Species360 to users throughout the region. He was previously Chair of the International Animal Data Information Systems Committee and was also Chair of ARAZPA’s Animal Records Keeping Specialist Group for a number of years. Kevin was heavily involved in the development of the next generation of Species360 software, ZIMS (the Zoological Information Management System) during the first five years of this project. He was also responsible for editing and producing ZAA’s bi-monthly newsletter, and maintaining the association’s web site.