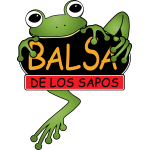 Ecuador, with its 531 formally described species of amphibians (as at April 2013), is the most amphibian-diverse country in the world. Only two other countries have more amphibian species than Ecuador: Colombia and Brazil. However those countries are almost 4 and 30 times larger than Ecuador, respectively. The Ecuadorian diversity is related to its diversity of environments and its geological history. The amphibian endemism is also amazing; around 40% of the species are unique to this country.

Despite this amazing diversity, Ecuador also has one of the highest amount of threatened amphibian species in the world. As with many other countries, Ecuador was hit by the global amphibian crisis and reported two main periods of population declines during the last decades (1987-1988 and 1993-1994).

Based on its 30-year experience with amphibian research, the Balsa de los Sapos project at Pontificia Universidad Catolica del Ecuador (PUCE) started to look for the reasons for this problem at the beginning of 2000. We reported for first time the presence of Batrachochytrium dendrobatidis (chytrid fungus) in South America and also potential climate abnormalities related to the declines. The other important potential cause of declines is still habitat destruction.

In 2005, PUCE assumed the responsibility of protecting the Ecuadorian amphibians from extinction. The “Balsa de los Sapos” (Life raft for frogs) initiative is the ex situ component of a larger country-wide strategy for amphibian conservation. Field research and monitoring, and education and public awareness are also important components of our strategy.

At the moment, we host around 30 threatened amphibian species at the Balsa de los Sapos’ facilities and we have developed keeping and breeding protocols for almost all of them.

We hope, with long-term help, to continue our work protecting this invaluable diversity of our planet.