Warning: Parameter 2 to qtranxf_postsFilter() expected to be a reference, value given in /home/amphibia/public_html/wp-includes/class-wp-hook.php on line 288
 Amphibian Ark » Sir David Attenborough endorses photo competition 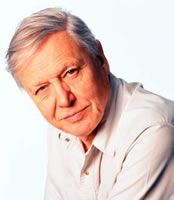 Frogs, toads and other amphibians are among the most beautiful creatures on the planet. They are instantly recognisable to most people, and to many, they hold a deep fascination. They occupy a wide range of land and water habitats, on every continent except in Antarctica.

For many people who live in ever-expanding large cities, access to wildlife in their surrounding areas is becoming rarer and rarer. Our cities and the increasing encroachment on forests for agriculture are having a huge impact on the decline of our wildlife, including our precious amphibians. Unfortunately, there are more and more of our children who only experience wildlife in zoos, on television, and through photographs in books and magazines. I am a firm believer of the powerful impact of beautiful photographs and images, and that when presented with succinct information about these species they can help to further raise awareness about the plight of amphibians.

I have spent much of my life bringing images of the Earth’s astounding wildlife into the homes of many people around the world, I am delighted to endorse the Amphibian Ark’s photography competition. As the saying goes “A picture paints a thousand words”, and I would urge you to contribute your amphibian photos to this worthy competition. Imagine the impact that your photos, along with messages about saving this threatened class of animals will have, when they feature in Amphibian Ark’s 2012 calendar.

By participating in this event, you will help raise awareness of the plight the world’s amphibians and play an important role in helping to save them.