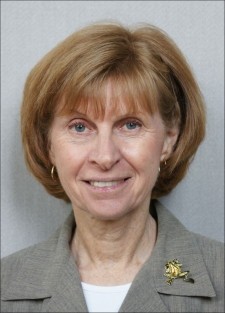 Dr. Anne Baker received her B.A. in Zoology from Indiana University, and her M.S. and Ph.D. in Zoology from the University of Maryland, USA. As part of her doctoral work, she spent seven years in Sri Lanka (Ceylon) studying the development of social behavior in wild primates. She began her zoo career at the National Zoo in Washington, D.C., USA where she was a Smithsonian predoctoral fellow. She was the Curator of Primates at Brookfield Zoo in Chicago, USA for eight years and Director of the Rosamond Gifford Zoo at Burnet Park, USA for thirteen years. She served as CEO/Executive Director of the Toledo Zoo, also in the US from 2006 until her retirement in 2013.

Anne is a Past President of the Association of Zoos & Aquariums (AZA) and was its first woman president in 50 years. She has served on the AZA’s Board of Regents and Ethics Committee, as well as on numerous animal management committees. She has also been a trainer for the Center for Conflict Resolution at Syracuse University in New York, USA. She is a member of the IUCN’s Conservation Planning Specialist Group (CPSG).