Warning: Parameter 2 to qtranxf_postsFilter() expected to be a reference, value given in /home/amphibia/public_html/wp-includes/class-wp-hook.php on line 288
 Amphibian Ark » Conservation

The multiple threats to global amphibians require multifaceted conservation programs to ensure continued survival of what remains of amphibian diversity. The IUCN Amphibian Conservation Action Plan (ACAP) identified such programs, based on information available at that time. Among the conservation responses recommended was an organized approach to build capacity and inform a global network of independent captive breeding programs for the most endangered species. In response, Amphibian Ark was launched in 2006 and to meet its mission, AArk has been helping zoos, aquariums and other ex situ (captive) facilities to address the captive components of the ACAP to save as many species as possible. 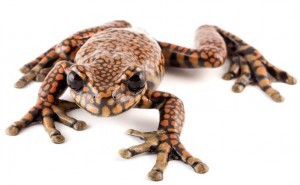 One of the biggest challenges in dealing with amphibian conservation is the huge number of species threatened worldwide. Based on our experience, expertise and observations of various programs worldwide, and on interactions with stakeholders participating in our workshops and courses, Amphibian Ark has developed a set of general principles to be considered in the development phase of an amphibian conservation breeding program.

Amphibian conservation biologists face the dilemma of which criteria should be used to prioritize the species to conserve, and thus the resources necessary to commit to the conservation of those species. Conservation resources always are limited, species face different classes of threats at different levels, species may be considered to be of differential value based on subjective criteria such as human cultural importance, or arguably objective criteria such as phylogenetic distinctiveness or ecological roles. Amphibian Ark and its partners have designed a tool, the Amphibian Conservation Needs Assessment, that is as objective as possible to guide the difficult, and sometimes contentious, process of prioritizing species for conservation efforts, and assessing which forms of conservation response are appropriate. At the beginning of 2015, the process was migrated to an online assessment program.

When an ex situ conservation program has been recommended for a species, it is vital to ensure that through planning for the life of the program, including an exit strategy,  is developed before animals are obtained. Too often, programs fail after as short period due to inappropriate levels of planning, and without involving all relevant stakeholders. Detailed information and advice about planning for ex situ amphibian conservation programs is available from our  Captive Programs page.