The goal of the Amphibian Population Management Advisory Group is to guide those involved in managing amphibian populations in zoos and aquariums, so that we will have healthy, sustainable populations to reintroduce back into the wild in the future. 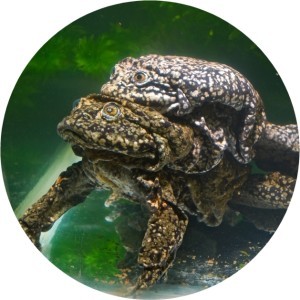 Our group formed in 2007, when we met to create the Amphibian Population Management Guidelines (en Español – Lineamientos para el Manejo de Poblaciones de Anfibios). This document contains advice on data, genetic, and demographic management as well as population management recommendations for the number of founders, target size, speed at which to grow the population, and which individuals to breed when starting a population. This resource is now used throughout the world to start and maintain new amphibian populations in zoos and aquariums until they can be reintroduced back into their native habitats.  It is available in both English and Spanish.

For more information, please contact either of these Co-Chairs of the Amphibian Population Management Committee: