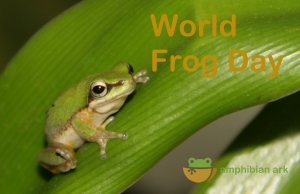 March 20th is World Frog Day, which was created in 2009 to increase awareness of the plight of threatened frog species around the world. All amphibians, including frogs, are important components of the global ecosystem, as indicators of environmental health and contributors to human health. More than one third of them are currently threatened with extinction. Addressing the amphibian extinction crisis represents the greatest species conservation challenge in the history of humanity.

How many frogs are there?

We know there are at least 7,400 species of frogs (AmphibiaWeb), but sadly, we also know that at least 2,000 (28%) of these are threatened with extinction (IUCN Red List). The actual number of threatened species is no doubt considerably higher, because around 1,000 species (14%) have not yet been assessed for their threat categories, and for another 1,000 (14%) of them, so little is known about their status in the wild that they cannot be accurately assessed. 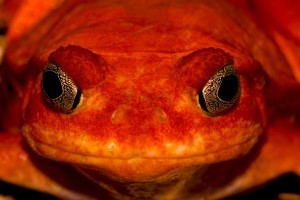 Why are they in trouble?

Many things are causing frog populations around the world to decline, and in fact, at least 35 species that we know of have gone extinct in recent times. Habitat loss and destruction is one of the worst problems, not only for frogs, but for many other species of animals and plants.

Many human activities contribute to habitat destruction and the decline of amphibians, including water pollution, the introduction of non-native species, climate change, agriculture, and urban development. Diseases, especially chytridiomycosis, which is caused by the chytrid fungus, are also having a massive effect on frogs, many of which are already under stress from the threats mentioned above.

What is Amphibian Ark doing?

The Amphibian Ark was created in 2007 to carry out the ex situ (captive) components of the IUCN Amphibian Specialist Group’s Amphibian Conservation Action Plan.

AArk plays a key role in the ACAP, by evaluating the conservation needs for amphibian species and regions for conservation work; leading development and implementation of training programs for building capacity of individuals and institutions; and developing communications strategies, newsletters and other messages, and materials to promote understanding and action on behalf of amphibian conservation. 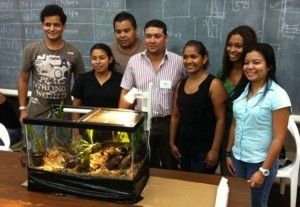 An important aspect of helping to implement amphibian conservation programs is to develop and lead amphibian husbandry training workshops, to build capacity of individuals and institutions in countries which have the highest numbers of threatened amphibians. Amphibian Ark staff and our partners have delivered 75 training courses, which included 2,680 participants, in 40 countries. These people are now using the skills they have learned to create and manage conservation programs in their own countries.

Who else is helping? 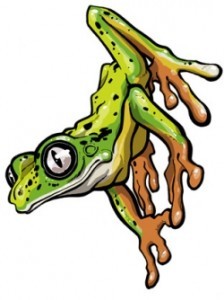 There are many local and federal government departments, universities, scientists and researchers, zoos and aquariums, and private organizations that are all doing their bit to contribute to saving amphibians and protecting their environments. Many, many dedicated Amphibian Advocates and Ambassadors who care for captive and wild amphibians are making a huge difference, helping to protect our most threatened amphibian species and their environments.

Is there anything I can do?

Get together with friends and collect the garbage from your local rivers, forests and wetlands. Make a new wetland in your backyard – even a small pond will help. If you build it, frogs will come! If you are surrounded by development and they don’t come, rescue eggs and tadpoles from local pools and use them to seed new populations – but only collect them from local areas! 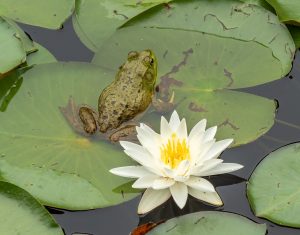 Try to manage your yard without using pesticides, fertilizers and weed killers, most of which are poisonous to amphibians. Try to use less water (e.g. turn off the tap when you brush your teeth or while you wash your hands), and follow the three R’s – Reduce, Reuse and Recycle. Plant native plants in your garden which use less water and need less pesticides and fertilizers.

Your support is crucial to saving threatened species and we invite you to become an Amphibian Ark donor, helping to keep these species afloat! 100% of funds donated to Amphibian Ark will be spent on ensuring a long-term future for threatened amphibians, and donations to the Amphibian Ark are tax-deductible for most US tax-payers.

We must all work together to protect our precious environment and to prevent more species, including frogs, from declining and facing extinction!