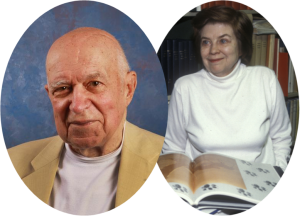 This fellowship supports early or mid-career scientists and conservationists in research-based professional development that furthers amphibian conservation. Proposals that address species research priorities indicated in the Amphibian Red List and/or the Amphibian Ark Conservation Needs Assessment (CNA), or thematic research priorities indicated in the Amphibian Conservation Action Plan (ACAP) will be given preference. Applicants must be formally associated with a mentor or lead scientist at a relevant university, NGO, zoo/aquarium, or other established institution. The fellowship carries a $5,000 stipend and is open to applicants from all countries.

Applications will be invited from 1 August each year and must include: current CV, a letter from the mentor with whom the applicant is intending to work, the names and contact information (email addresses) for two additional references who may be contacted by the Amphibian Ark, and a Statement of Purpose. This Statement should be no longer than two pages and should provide specifics of the proposed research as well as the applicant’s academic and professional experiences relevant to the research. Proposals to work directly with live animals must be accompanied by copies of appropriate governmental and institutional animal-care and collecting permits as relevant, and invitations or acceptance letters from hosting institutions or programs. Fellowships are for one year, with potential for an additional one-year renewal depending on need and progress towards research goals.

Application materials and the letter of support from the mentor should be e-mailed to:  Joseph Mendelson, Scientific Advisor, jmendelson@zooatlanta.org.  Submission deadline: 1 September 2021.

About George and Mary Rabb

This fellowship honors Dr. George B. Rabb and his life-long partner Mary Rabb. From his boyhood days studying herps in Charleston, South Carolina through the remainder of his life, George was passionate about amphibians, conservation, and providing encouragement to developing scientists. A noted scientist, long-time Director of the Chicago Zoological Society, Chair of the Species Survival Commission of the International Union for Conservation of Nature (IUCN SSC), and recipient of numerous awards, George was a thoughtful, quiet, humble person.  He never sought the limelight, and never cared about being right, only that the right thing was done.  He played essentials roles in stimulating, provoking and initiating new directions in amphibian conservation, ranging from the Declining Amphibian Populations Task Force (DAPTF), the Amphibian Conservation Action Plan (ACAP), the Amphibian Ark (AArk) and the Amphibian Survival Alliance (ASA). George was a steadfast supporter and advisor to the Amphibian Ark from its inception, and this fellowship recognizes that which George held dear.

About the Amphibian Ark

The AArk is a joint effort of three principal partners: the World Association of Zoos and Aquariums (WAZA), the IUCN SSC Conservation Planning Specialist Group (CPSG), and the IUCN SSC Amphibian Specialist Group (ASG). AArk is a partner in the Amphibian Survival Alliance (ASA). We were formed to address the captive (ex situ) components of the Amphibian Conservation Action Plan. Our vision is the world’s amphibians safe in nature, and our mission is ensuring the survival and diversity of amphibian species focusing on those that cannot currently be safe-guarded in their natural environments.