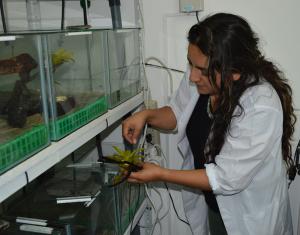 This page includes a wide range of articles related to various aspects of amphibian husbandry. You can search for specific words within the title, author and description fields by using the Search field in the menu bar at the top of this page.

To view a document, left mouse-click on a title, or you can download the article by right mouse-clicking on the title and selecting Save Link As…

We are currently expanding this page to include a wide range of amphibian husbandry reference documents. If you would like to submit additional documents for this page, please send the article, or a link to the article to AArk staff.