Ex situ breeding of selected amphibian species is recognized as an essential and integral part of the IUCN Amphibian Conservation Action Plan (ACAP) to stem the loss of amphibian species worldwide. Amphibians are in desperate need of concerted help from the zoological community, perhaps more now than any other class of vertebrates. Numerous populations of amphibians around the world are declining, some to the brink of extinction and beyond.

There are four vital needs in amphibian conservation: some amphibian species require immediate sanctuary in captivity to see them through this extinction crisis; most need research on their biology in the lab and field; all species would benefit from education of the general public regarding their value and plight; and of utmost importance, all species must have some protection within their natural habitats. While a few biologists view captive breeding as a last-resort conservation action or even a trivial pursuit, the IUCN endorses captive breeding as a proactive conservation measure, one that should be initiated while a species is still available to allow for a husbandry learning curve. 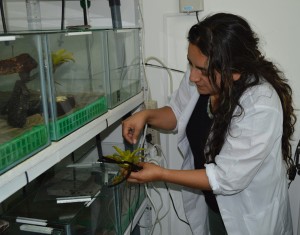 Global Amphibian Assessment alerted us to the fact that hundreds of species face threats that cannot be easily or quickly mitigated in the wild. The diverse delegation of the ACAP noted that these species require ex situ programs to save them until adequate conservation measures can be developed to secure wild populations. Amphibians are often suitable candidates for captive breeding programs as they are relatively inexpensive to maintain compared to other animal groups, many show high fecundity rates and face few behavioural problems under captive conditions. This conservation initiative is one that the ex situ community is uniquely capable of addressing.

Fortunately, a thriving industry already exists that specializes in captive management of animals.  Zoos, aquariums and related facilities worldwide include over 1,200 institutions, employing more than 100,000 staff and receiving about 600 million visitors per year, equivalent to 1 in every 10 people in the world! Zoos can assist with initiatives such as rapid response rescues, captive assurance colonies, providing animals for release and research, conservation education, capacity building, fundraising and helping to develop species recovery plans.

Amphibian Ark staff have delivered a number of ex situ conservation training workshops, aimed at increasing capacity where it is most needed to assist with the establishment and ongoing maintenance of conservation programs. A valuable document, Husbandry and Biosecurity Standards, aims to increase awareness of biosecurity issues and introduces a quarantine-like approach to amphibian husbandry of enclosures/rooms within an institution and between institutions to significantly reduce the risk of an epidemic outbreak of chytridiomycosis (or other diseases) in captivity. 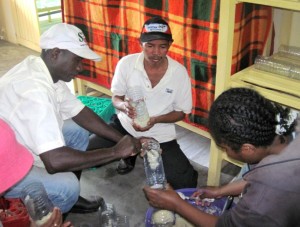 the amphibian extinction crisis represents the greatest species conservation challenge in the history of humanity. Without immediate captive management as a stopgap component of an integrated conservation effort, hundreds of species could become extinct. The outcome of the AArk will be that we will have saved many species from extinction; developed capacity both within our institutions and globally to continue to provide amphibian species with care and protection when needed; formed true partnerships between ex situ and in situ components of conservation; established a model framework for responding to future species conservation crises; and demonstrated to the world that zoos and aquariums are essential and unique conservation organizations.

Our amphibian husbandry resources page includes a variety of documents, presentations and links to additional sources of amphibian husbandry information. You can also read more about our Husbandry Training Workshops or download the AArk Training Course Prospectus. A template for developing husbandry guidelines (in English, French and Spanish) has been developed by Amphibian Ark and the World Association of Zoos and Aquariums (WAZA) and should be used when writing new guidelines. Examples of completed husbandry guidelines for various species can be found on the Husbandry Documents web page.

We also have the following WhatsApp chat groups:

Amphibian Husbandry Chat – for those involved in amphibian husbandry, and everything related to the art and science of maintaining living collections; share successful techniques with newbies or present your challenge to the experts. Click https://chat.whatsapp.com/59Ckh74mNxd78PVfU1xObp to join.