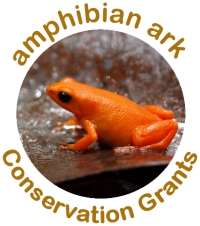 We’re very excited to announce four projects that are recent Amphibian Ark Conservation Grant winners: three new projects, and our first seed grant extension. We look forward to seeing great progress and success for both of these programs. 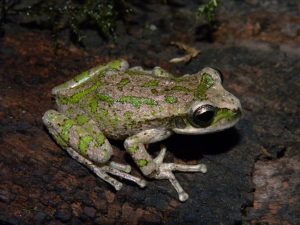 The Banderita Marsupial Frog (Gastrotheca gracilis) is the southernmost species of marsupial frogs. This species was missing for twenty years, but the rediscovered populations are facing new threats. We will start the first conservation actions for this threatened species with a reinforcement of the populations of the Banderita Marsupial Frog by means of a head-starting program, with the establishment of a breeding facility combined with monitoring of the ongoing threats to assess its current conservations status. These actions will be combined with a proactive educational campaign and with the delivery of a technical report to environmental authorities for the implementation of measures prone to mitigate or eradicate the most severe threats on wild populations.

We will establish a breeding facility and husbandry research center to maintain and breed the species. This laboratory will be within the Horco Molle Nature Reserve facility, which is located on the Sierra de San Javier, Tucumán province, Argentina. The facility is managed by the Universidad Nacional de Tucumán, which has been working with the rescue and recovery of native and endemic species for the last three decades and has been designated as a field laboratory for students and scientists for the implementation of several research works. The breeding facility will be finished at the end of December 2018. 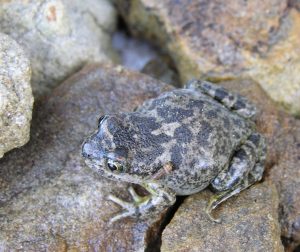 The Patagonia Frog, Atelognathus patagonicus, is in danger of extinction. Over the last decade, the wild populations of this species have dramatically declined by more than 90%. The major subpopulation of this species used to be common in Laguna Blanca (White Lagoon) and was surrounded by smaller subpopulations inhabiting neighboring and temporary lagoons into and around Laguna Blanca National Park. However, the introduction of invasive predatory fishes has caused this major subpopulation to become extinct, affecting the entire species. Even in the smallest lagoons where frogs should be thriving, a combination of threats including grazing, and trampling by livestock, chytrid fungus and Ranavirus and desiccation caused by climate change, are pushing this whole species to the brink of extinction.

Concerned by this problem, the National Park Administration started a project aimed at managing invasive fishes in the Laguna Blanca, reducing its exotic populations and making the habitat suitable again for native wildlife. However, natural recolonization by Patagonia Frogs is unlikely due to current small populations and bad status of corridors between lagoons.

This project is aimed at helping the Patagonia Frog to return to its home. We will build ex situ facilities near the Laguna Blanca and establish a survival colony. We will also harvest clutches from neighbouring lagoons, to develop them in the ex situ facilities in order to increase its survival. Both, newborns from ex situ pairings and eggs developed at the facilities will be reintroduced in restored and fenced habitats within the Laguna Blanca. This project will achieve the return of the Patagonia Frog to the White Lagoon, re-establishing the major population of this species, and thus increasing the long-term viability of the whole species. 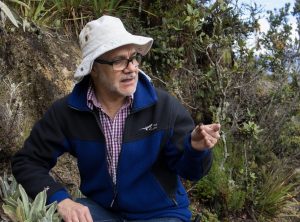 There is a need to establish an ex situ conservation program for Durant’s Rocket Frog (Aromobates duranti), a species with a distribution restricted to cloud forests of Sierra de La Culata, a mountain range in Merida state, Venezuela. This project is addressed to rescue populations of this Endangered species through captive husbandry and breeding, as well as reintroductions into the wild.

The following objectives have been set for the first year of a three-year program for the species:

To measure effectiveness of the program during the first year, we will have these measurable items: 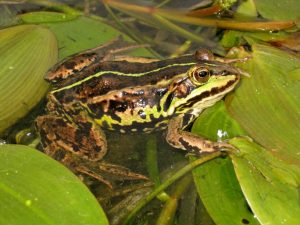 In 2005 the Amphibian and Reptile Conservation Trust (ARC) collaborated with Natural England to successfully translocate northern clade Pool Frogs from Sweden back to the UK, following their extinction in 1995. Significant breeding success was achieved at the first reintroduction site, and in 2015 ARC began the process of head-starting pool frog tadpoles to enable the species to be established at a second site, thereby increasing the resilience of the UK population. The site chosen for this second release was Thompson Common (Thetford, Norfolk), the last recorded location for the species prior to extinction in the 1990s.

After small-scale trials of head-starting methods in 2015 and 2016, ARC decided to look for funding to purchase, equip and staff a biosecure head-starting unit, in order to accelerate population establishment at this second reintroduction site. An Amphibian Ark (AArk) seed grant was awarded to this project in April 2017, as a contribution to the overall resources required.

With the start-up extension grant we propose to secure the establishment of a second UK population of northern pool frogs using head-starting. ARC has now been offered the use of a rental unit and as such we are looking to adapt rather than construct a head-starting facility. The adaptation and equipping of this head-starting facility will be the largest element of expenditure in the project.