Ex situ (captive) programs for amphibians can contribute to conservation in multiple ways. They can be the singular life-line keeping species from becoming extinct outright, like the Kihansi Spray Toad and 63 other species now classified by the IUCN as Extinct in the Wild (IUCN 2011). In addition, ex situ programs can contribute to the recovery of species that were or nearly were Extinct in the Wild, like the Wyoming Toad, Puerto Rican Crested Toad, and Mallorcan Midwife Toad. Ex situ programs can also contribute to conservation via conservation education, advocacy, fundraising, and research. 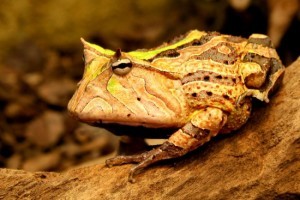 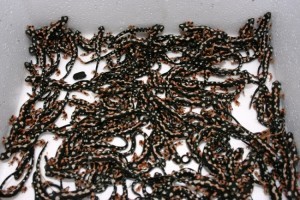 On the other hand, this is an area where the private sector is not so restricted. Two frog-ranching projects in Peru potentially reduce the demand for wild-caught frogs while simultaneously re-investing money into habitat protection and local communities (www.inibico.org and www.understoryenterprises.com). An Ecuadorian NGO uses the sale of third-generation captive-bred frogs to fund conservation research, education, and habitat restoration (www.wikiri.com.ec). A private frog conservationist in Australia uses the sale of captive-bred non-threatened frogs to fund in part his work with Critically Endangered frog species (www.frogs.org.au/arc/frogs.html). Two hobbyist organizations have raised money through the sale of captive-bred amphibians to buy key habitat areas in Latin America: the Mid-Atlantic Reptile Show (MARS) has purchased and protects almost 3,000 acres of rainforest in Costa Rica, while Dendrobatidae Nederland (DN) was one of several partners forming the ProAves Ranita Dorada Amphibian Nature Reserve in Colombia.

The ethics of conservationists selling animals aside, these contributions can be significant. One could argue that the need for wholesale captive-breeding operations to reduce over-harvesting is global and profound (Carpenter et al. 2007) and that this is an area where AArk partners, particularly those in the private sector, are uniquely positioned to make a considerable contribution.