In their efforts to conserve biodiversity, biologists and conservation practitioners are faced with the challenge of identifying and preserving the functionality of ecological and evolutionary processes needed to sustain populations and species in the face of global change and other threats. A very first step in any conservation plan, in or ex situ, should be to define the taxonomic unit to be conserved, to ensure adequate species knowledge.  Often this unit will be a species, but in some cases establishing multiple, intraspecific management units will improve our ability to sustain viable populations and maintain the context for adaptation in the face of a changing environment. Delimiting such management units (often called evolutionary significant units, or ESUs) can be a challenging, yet critical part of successful management, especially for poorly known or highly variable taxa. 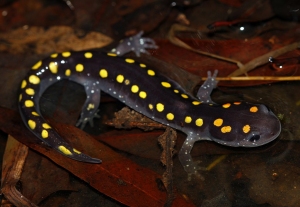 Conservation management units (whether they be species or intraspecific units) are generally defined based on variation in one or more heritable traits (phenotypes). Historically, these traits were often morphological (e.g., size, shape, color), but more and more studies are considering genetic variation (e.g., mitochondrial DNA haplotypes or genotypes) as well.  Both morphological and genetic phenotypes can be misleading.  While one type of trait is not necessarily better or more informative than the other, considering variation in both morphological and genetic traits can be a particularly powerful way to reduce the risk of developing management plans that are inefficient, or worse, ineffective in conserving the taxon of interest.

What do we risk by considering only morphological variation? Populations that are genetically distinct, yet morphologically indistinguishable (cryptic variation) may go undetected if only morphological traits are considered. This could lead to management plans that either: (A) capture only a portion of the extant genetic variation (if management happens to focus on just one of the cryptic, genetic groups) and are therefore at increased risk for negative effects from inbreeding, or (B) suffer from problems with outbreeding or  even the unintentional hybridization of cryptic species if genetically-distinct individuals are unknowingly bred with one another.

What do we risk by considering only genetic variation? Populations that are morphologically distinct, yet genetically similar (perhaps due to heritable polymorphism, or non-heritable variation) may be needlessly broken up into separate management units.  If the lack of genetic variation suggests that gene flow is occurring, despite morphological differences among populations, establishing many morphologically-based management units could not only lead to unnecessary problems with inbreeding in each, but would likely waste valuable conservation resources as well.

The next step is to convene experts with knowledge of the species (or other functional unit) in situ to identify the threats and requisite conservation actions. The AArk attempts to do this through Conservation Needs Assessment Workshops.