Amphibian Ark staff help coordinate ex situ programs implemented by partners around the world, with the first emphasis on programs within the range countries of the species. We are always aware of our obligation to couple ex situ conservation measures with the necessary efforts to protect or restore species in their natural habitats. Our Taxon Officers help to coordinate all aspects of implementation within the AArk initiative and assist AArk partners in identifying priority taxa for in situ or ex situ conservation work.

In 2006, the IUCN Conservation Planning Specialist Group (CPSG) and the World Association of Zoos and Aquariums (WAZA) held an Amphibian Ex Situ Conservation Planning workshop in Panama, and during that workshop, a taxon selection and prioritization working group developed a series of questions to select and prioritize which taxa are most in need of ex situ assistance. The decision tree has subsequently been further reviewed and refined, and has now been developed into the AArk Conservation Needs Assessment process, (a Spanish version, Herramienta para Evaluar las Necesidades de Conservación de Anfibios, is also available). The assessment process has proven to be a logical, transparent, and repeatable procedure for guiding amphibian conservation activities within a country or region. An article describing the Conservation Needs Assessment was published in the journal Oryx in June 2018: A process for assessing and prioritizing species conservation needs: going beyond the Red List. Supplementary material is also available. 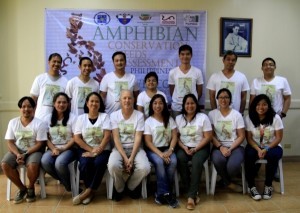 Generally, the ex situ conservation community lacks specific knowledge to determine which species are most at risk in the wild, and which species need immediate rescue to avoid extinction. When preparing for a Conservation Needs Assessment workshop, we rely heavily on the local IUCN SSC Amphibian Specialist Group Chairs to assemble a similar team of experts to that which led the original 2004 Global Amphibian Assessment, but this time with a goal of updating the information and separating out and assessing all taxa to determine the best conservation actions to help ensure their ultimate survival in the wild. The assessment results in a series of reports for nine different conservation actions. Species are listed according to their priority for the particular conservation action, and the supporting documentation provides a guide for those species which have the most chance of benefiting from the prescribed conservation action(s).

Since 2007, we have facilitated assessment of the conservation needs of 3,100 (38%) of the world’s amphibian species through 32 national or regional workshops. Additional workshops are planned for other countries and regions over the coming months. A summary of the results of previous assessment workshops are available on on the Assessment Results page of our web site, and the complete assessments can be found on the Conservation Needs Assessment program at www.ConservationNeeds.org. In early 2015, the assessment process was migrated to an online format, allowing for more inclusive access for assessors, with concurrent national assessments being made at the same time. The benefits of this assessment process are clear – we assemble the leading amphibian field experts in each region, to collectively determine the best course of conservation actions to help prevent the extinctions of threatened amphibian species in the wild. These actions include habitat restoration and preservation, threat mitigation, captive breeding for release and community awareness and involvement. Without immediate captive management as a stopgap component of an integrated conservation effort, hundreds of species could become extinct. Because ex situ resources are limited, the Amphibian Ark must try to identify which species require ex situ management most urgently. 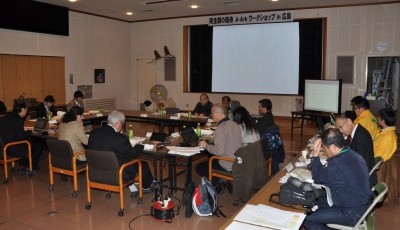 In 2018 we began holding joint assessment workshops with the Amphibian Red List Authority, where our respective priorities overlap. It is almost always the same group of experts who share an interest in both types of assessments and bringing the same people together for separate workshops, on two separate occasions, is time-consuming for the workshop participants and requires additional financial resources. Holding joint assessment workshops saves considerable resources and reduces the time needed for experts to attend workshops.