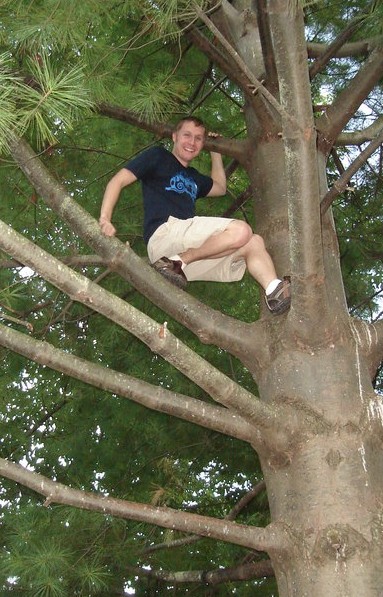 Danny Beckwith first learned about Amphibian Ark during his senior year in college on his way to a B.S. in Integrative Biology from the University of Illinois Urbana-Champaign, USA. It started with a herpetology course and an assignment to write about an environmental crisis. Since then, amphibian conservation has become part of the fabric of his life.

Danny graduated and immediately started an internship at Disney’s Animal Kingdom in Florida, USA. There he was able to communicate conservation messages to thousands of guests (often with an amphibian spin). It was a match made in heaven – wildlife conservation and Disney’s signature storytelling and visual design, a perfect concoction of inspiration.

Since then Danny has pursued informal education as a career, working at both John G. Shedd Aquarium in Chicago and Birch Aquarium at Scripps Institution of Oceanography in San Diego, both in the US. He has developed pre-K thru high school programming, field experiences, teacher professional development programs, and summer camps. His love for storytelling and graphic design proves to be a great asset in communicating science to the public in a fun, aesthetically pleasing, and easy to understand way.

It would be hard, however, to mention Danny without mentioning his inspiration, Jim Henson. The inspirational, celebrational, and muppetational world of Jim Henson and his beloved creations have always influenced Danny. Similarly, Danny has to cite Walt Disney as an inspiration as well. Disney brought art and storytelling together in an innovative way. You can see these influences in almost everything Danny produces.

Danny uses his art, design, and educational development skills to assist Amphibian Ark. He helps in developing new resources to educate and inform the public about amphibian conservation. He is grateful that his interests and talents have merged into a wonderful opportunity to help a great organization communicate its mission.

“When I was young, my ambition was to be one of the people who made a difference in this world. My hope still is to leave the world a little bit better for my having been here. It’s a wonderful life and I love it.” – Jim Henson